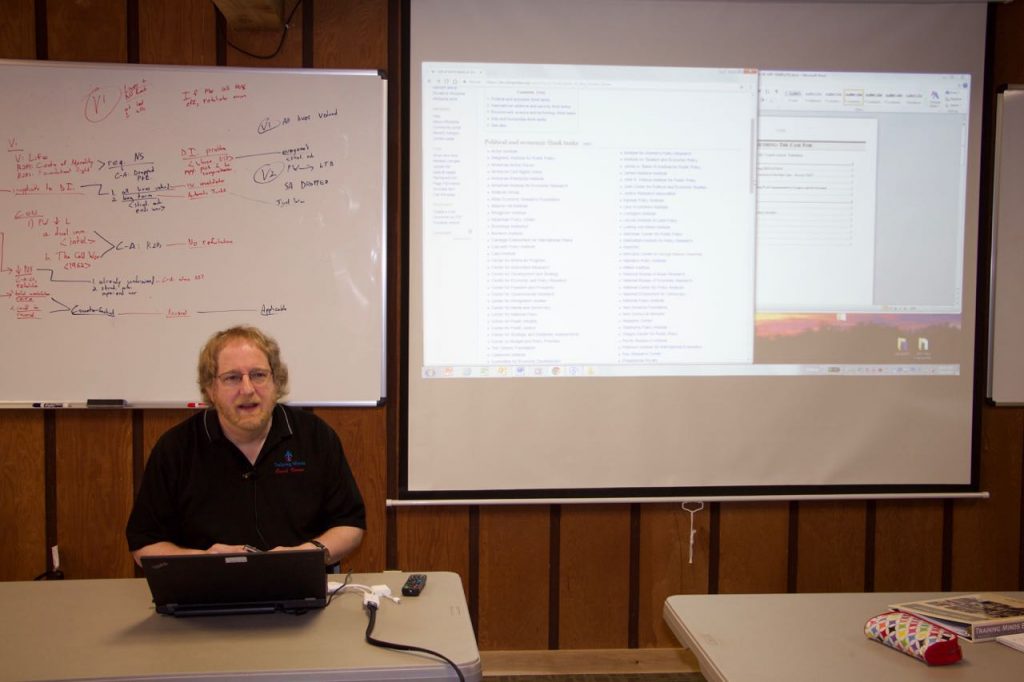 Evidence is the best way to provide support to policy debaters' claims they make in a debate round. "Coach Vance" Trefethen explains the purpose and applicability of evidence in debate rounds.

Click Here for complete information on permissions. All Membership content and Library Archives are proprietary intellectual content, so please respect our copyrights. Simply put, if you are not a Monument Member, you may not use it or share its content. If one partner of a debate team is a member and the other is not, the one who is a Monument Member must be the controller of the logins, downloads and incorporation of the Monument Membership material. Sharing logins is strictly prohibited, the only exception being from immediate family members within a single household.

Coach Vance debated in National Forensic League debate while in high school from 1979-1982. In college, he judged at high school NFL tournaments in North Carolina. A homeschooling dad himself, he realized the growing potential and benefit of homeschool debate and switched over to coaching homeschoolers a couple years later. In 2001, he helped Chris Jeub with bringing The Blue Book to a more advanced level. He has been co-authoring Blue Book ever since.